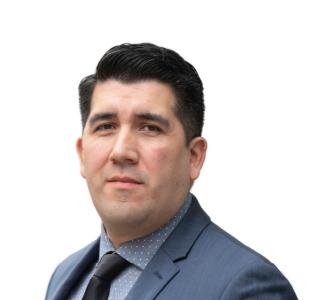 Chris Lewis (ancestral name: Syeta’xtn) joined the PHC Board of Directors in January 2022. Syeta’xtn recently completed his third consecutive four-year term as a member of the Squamish Nation Chiefs and Council. Currently, he is the Director of Indigenous Initiatives and Reconciliation in the President’s Office at Simon Fraser University.

As a former Spokespersons for the Squamish Nation, Chris has proven leadership and experience in the following areas: Rights and Title and Intergovernmental Affairs; Education; Economic Development; Governance; Planning and Capital Projects; and Fisheries and Aquatic resources. Currently, he is focusing on Reconciliation and how we move forward in Post-Secondary institutions and all levels of government.

Syeta’xtn is also honored to have served as a member of the Board of the N’chakay Development Corporation, MST Employment and Training Society, and the Coho Society of the North Shore. Previously, Chris was a founding Board member of the MST Development Corporation and just completed a six-year term as member of the Simon Fraser University Board of Governors and was given Board Chair Emeritus recognition. In October 2021, he received SFU Chancellor’s Distinguished Service Award for his inspiring and community focused leadership and engagement to his alma mater. Further, Chris was recognized by Vancouver Magazine when they included him on their “Power 50” list in November 2020 for his leadership and influence.  Prior to political leadership at Squamish Nation, Chris also worked for many years at the national and provincial level for the BC Assembly of First Nations focusing on First Nations advocacy and policy.

Raised by his grandparents, Chris was encouraged to learn the traditional ways of the land as well as further his academic education. Along with traditional teachings, Chris obtained a Bachelor of Arts in Geography and Planning, with a minor in First Nations Studies from Simon Fraser University.

Syeta’xtn has a passion and talent for sport, and was a key member of a National Lacrosse Championship team, North Shore Indians. Chris continues to giving back to sport by being a founding board member of the North Shore Indians Society. He also enjoys many outdoor activities with his wife Jennifer, daughter Madison and son William.